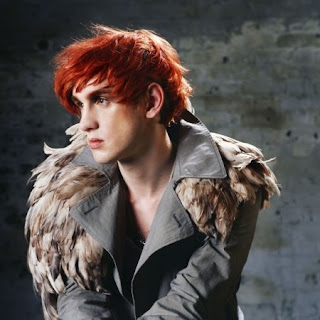 
If like me your first experience of Patrick Wolf was the shocking red hair two years ago then what has happened since comes as no surprise. Shamelessly ambitious and talented, Wolf represents a cultural oddity in popular music even though he wasn’t aware of that status until this record. The Bachelor thus serves as a buffer, or, more appropriately, a barrier to reflect on as well as to go beyond. There is no proverbial ‘going back’ now for him, especially with there being no more Universal execs to guide his career. The Magic Position garnered him a huge fan base two years ago because even then his potential was obvious so with initial plans for his next project to be a double-album, many wondered what next from the Brit.

Many critics have cited that the decision to split the double album’s worth of music into separate halves has negated the full scale of his ambition this time around. Those critics fail though to understand Wolf’s immense appetite for self-reinvention. It is this trait that serves him yet measures the reception of his music. The Bachelor, though over-reaching at times, is very much an epic statement, the type of artistic bravura that has almost vanished from pop music ever since the start of this decade. Swinging from personal politics to depression to falling in love, The Bachelor is an immediate indie experience.

The opening track, Hard Times sums up in its pristine production and steely lyrics the state of Wolf’s mind and the recording industry at large (we have grown to ignore/ mediocrity applauded/ show me some revolution/ this battle will be won). One track in and we are welcomed to the world Wolf inhabits and the showman and dramatist in him shines superbly. Along with Hard Times, the next four tracks help to form an amazing arc of consistency that rivals any other album this year so far.Oblivion stutters to life with sweeping violin and a lush programmed beat without letting up. The title track tackles the topical issue of gay marriage without being too pointed. Wolf is at his resonant best here yet the result is gorgeous and reflective, making it one of the best songs of the year. It even manages to make guest vocalist Eliza Carthy sound manly, further complicating the track. Damaris laments the loss of a lover due to religious belief (my God damned Damaris/killed with last kiss/ I loved you) while Thickets reels away into such lovely Celt musicianship that one ignores its lack of a message.

The other stuff is engaging too: from that stinging political line, ‘in this war without and end/ what fear do you defend?’ of Count of Casualty to Vulture and its decidedly disco groove that doesn’t quite work but it’s fascinating to hear Wolf wrap himself up into the effort of being pretentiously someone else.

Not everything works quite as smoothly though. Unlike his last album, the ballads here---Theseus, The Sun is often Out—lack the same immediacy that a track like Bluebells had. Both tracks seem at odds with the tone of the album, as if the switch from major label to independent funding source caught them in a cross-fire. It’s as if when the context of his music strays from his personal politics, Wolf is left in a bit of a lurch. Without a sense of societal injustice to highlight, Wolf becomes trapped with the confrontation he seeks to flee from: his former mirror image. He seems to realize this midway Blackdown as he questions himself, ‘desire/desire/you are not the maker of me’, which ends the track. One can argue that ambition is the maker of him but what Wolf doesn’t highlight enough is what he’s pushing back against. Battle trudges its pop/rock terrain, battling homophobia, anti-human rights and conservatism, et al while The Messenger ends things optimistically. Nice enough but here I have to agree with his detractors who claim that his sense of artistry at such turns is vague and do not cut deep enough to the root problem. Tilda Swinton and Alec Empire are present with nice touches but still they merely camouflage the enigmatic leading man.

Wolf’s brilliance as an artist has never been in doubt and now, with The Bachelor, his evolution as an entertainer is entering an original phase. Never mind that his music videos are gaudy and still reflective of his heroes (Bowie’s White Duke, Madonna circa 1990) his real accomplishment is surviving the split with Universal. Funding for The Bachelor was completed after an appeal to fans through bandstocks.com (the remarkable FrYars—you heard about him here first—followed the same route). It’s a novel way for direct interchange between fans and musician and allows an artist like Wolf to express ideas, flaws and all, without big label interference. Universal no doubt would have tweaked the misses here but perhaps we’d never hear the title track either. That alone speaks volumes about the importance of his split and freedom to create art in any explicit way he chooses. It is at those times, when he is his new liberated self, that his battles are won.