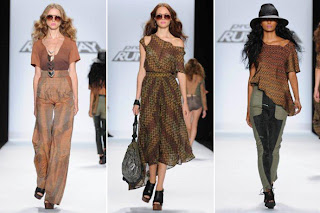 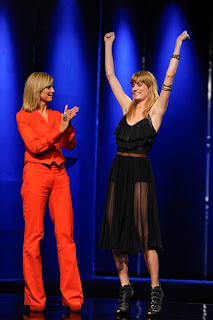 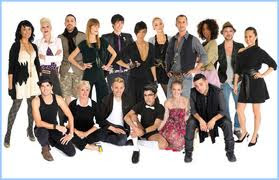 In Defence of Gretchen Jones:


In the few minutes right after Heidi Klum declared Gretchen Jones the winner of this season’s Project Runway, it was near impossible to keep track of the status updates on the show’s Facebook page. Not surprisingly, the messages were not congratulatory to the Portland designer for a hard-fought victory but instead to overwhelmingly reject the outcome. Fans of the runner up, Mondo Guerro, have been all over the internet with multiple claims that he was robbed so persistently that it must be an uncomfortable feeling for all parties involved since the show’s two hour series finale.


They say everything works better in hindsight but as a critic I prefer to look ahead and make all of my bets. When I originally picked Jones to win the season (see Bookends, October 10th edition) I had only the first five episodes to base such a decision on. That was after she won the first two challenges, something unprecedented in the show’s history. Guerro hadn’t become the second designer ever to string three challenge wins together nor revealed his HIV positive status yet. However, by the time my piece came out I had edited it to reflect those changes. I still stuck with Gretchen though to win the entire thing.


To understand how Project Runway operates one must take a look at its judges. In an interview even before Season 8 began, Michael Kors exclaimed that hats were the current accessory of choice and that floral prints were decidedly ridiculous. Kors has been a wunderkind since he was nineteen and still is the pre-eminent ladies-wear designer in America. Both he and Nina Garcia are graduates of the esteemed Fashion Institute of Technology and she oversees fashion trends at Marie Claire and Elle magazines. For fans of Mondo to turn against their insight just for choosing Gretchen, shows a type of fickleness that has no place in fashion. As one neutral blogger rightfully pointed out, both are heavily invested in and influence American fashion. Quite frankly, I’d take their expert opinion over Klum (a model & active wear designer) and Jessica Simpson (a pop singer) any day. Heidi deliberated on an emotional level while Simpson seemed ill at ease or constipated whenever the camera focused on her during the finale.

Another misnomer this season was to think that Gretchen was a total underdog. Though she only won two challenges, the judges had consistently held her styling and taste-level high. Their criticism of her was the superfluous type that betrays a genuine likeness for her designs. In essence, she was never in any danger of being eliminated. The same applies to Mondo, who started slower but once he came out of his shell then his invigorating style unleashed some memorable pieces on the runway. His tremendous talent became even more personal when we learned of his struggles.

Here I must point out that Project Runway is a show that centers on Fashion Week and the collections presented by the three finalists. It’s a total experience, one geared to expose designers to the pressures and idiosyncrasies of the business. Based on what we saw on the finale, both Mondo and Andy South had issues controlling their collections whereas Gretchen was in command and relaxed. This plays a huge part in the perception that a designer is at one with the pieces being sent out.


The final collections by all three designers were uniquely theirs but Gretchen’s underwent the hugest transformation. Whereas Mondo kept everything as was and Andy only substituted his previously shown lavender bathing suit for a grey one, Jones actually saw wisdom in the critique she got the week before and changed things up. Gretchen’s ego had often clashed with the judges but she humbled herself to an alternative idea. When first presented, I hated the three pieces she showed and the hideous brown texture that Nina Garcia cutely called ‘crunchy granola’. The clothes looked inexpensive and in dire need of accessories.


I’m not sure why Mondo had all his models in head-pieces but they looked slightly ridiculous with the colored party hats and I think if he had omitted them, he’d have won the show. Garcia had warned Mondo that he ran the risk of not being taken seriously as a designer if he couldn’t edit more sternly from his print template. I think she went against him too when she considered that Mondo’s ‘Day of the Dead’ theme was a single season feel and not as sustainable as Gretchen’s. His outsized prints are sheer genius but there was definite design overkill and its best he hears objectionable criticism from a professional than blind praise from a casual fan. Gretchen’s first look was met with silence but the preceding designs were simply stunning. The silence at that point was provoked by admiration and one could see all three judges nodding in approval. When the granola dress came out she had wisely cut out its middle to reveal skin and the accessories were easy and sprite. She incorporated different hues and the wild hair and hats added a depth I didn’t know she possessed. The final piece somehow pulled off two hideous colors and made it work. It did lack an outstanding piece but the cohesiveness of the look reads more relevant in these times. I feel if she had used basic black and made the apparel tighter-fitting then it’d be even more stunning. In fact, when I first viewed the collections two weeks ago online, hers immediately registered and I’m sure it was the same for both Garcia and Kors.


Still, Mondo fans maintain that he was robbed even though, from a professional standpoint, Gretchen’s look has been overwhelmingly embraced. On the show itself he won only one more challenge than her if you don’t count the finale. If you do then they were tied. Winning challenges isn’t everything: season 1 champion, Jay McCarrol didn’t win any en route to victory over Kara Saun who had won four challenges, including the last one just before the finale. Season 2 saw Daniel Vosovic win even more than Kara Saun (5) yet he too was upstaged at Fashion Week by eventual winner Chloe Dao. Those are real upsets in any scenario.


Finally, in order to press their claims, Mondo’s fans have smeared Gretchen as the bitchiest person ever on the show and the least talented. That is laughable because those people clearly never watched Wendy Pepper or season 6 champ Irinia Shabayeva who went as far as to accuse her runner-up of copying her design at one point. Besides, there were no angels this season including Mondo. He was initially derisive of Michael Costello before they made up. April Johnson unleashed her cattiness by episode 2 by deriding both Gretchen and Jason. On the contrary, Gretchen started by praising Valerie’s designs and helping out Cassanova when others wouldn’t. Gretchen gave her opinions on design, not personality. Ivy constantly dug into Michael Costello’s character without proof. Costello himself was disingenuous with Gretchen but no one has seemed to mind this or called him out on it. While I don’t totally buy Gretchen’s strong woman bitch slant, she has a point in that a defined female perspective always toes the line. Ever since the Team Luxe challenge when her leadership qualities became obvious, women bloggers in particular have been nothing but negative towards her. I found her to be calculating and naïve more than anything else. I never heard her say anything personally disrespectful to anyone on the show yet here she is now subjected to vicious, unsubstantiated claims. Maybe it’s because she isn’t suffering from some ailment or didn’t style a shoe in a model’s hair why we don’t care enough to humanize her existence. When she called Andy’s design ‘student work’ early on, it was totally inappropriate even though I felt the same way. It’s not like she tapped him on the shoulder and said it to his face during the finale though. She hasn’t learned how to be politically correct yet but she must if fashion is to totally embrace her. I also disagree when it’s said that Gretchen’s designs were boring. Her two challenge wins were daring and if the experts could see that then that’s all that really matters. She delved into earthy tones to present designs well styled and tasteful. This was evident to me, a fashion neophyte, but it was on that basis I was sure she’d triumph. Here’s to hoping that she has a long and successful career ahead of her.
Posted by Immortal Critic at 6:51 AM No comments: Links to this post