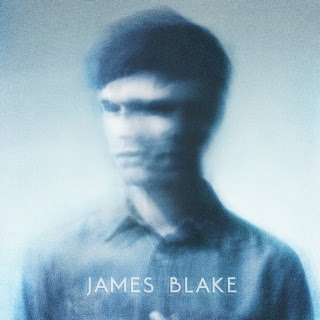 A quick look at James Blake before spinning his debut album on your headphones will only prompt you to look him over again. Like, real slowly. We are, of course, not talking about the African-American tennis player but a white Brit dubstep producer who sounds like black neo-soul via southern gospel. It shouldn’t be a surprise because most young white musicians have grown up influenced by black American soul singers whereas the reverse is true. So, while Santi White may have a secret shrine somewhere dedicated to The Clash, we can deduce that Adele falls asleep nightly listening to Aretha Franklin.

James Blake listens to them all and incorporates the best of both worlds into one coherent stew on his debut LP. He’s been whetting out appetite for a year now with mini-releases and remixes. Last year’s Klavierwerke EP featured funky grooves and electro hi-claps parading as actual songs and radical concepts. Here though, he’s lessened his producer role and brought out his own soul, juxtaposing both into what may very well be the best debut album we’ll hear all year.

Unluck expertly mixes his slowed vocals with not one but two divergent beats that are like fissures of ice thawing slowly into each other. The fuzzy bass line only grows louder—a perfect foil for his raw sound as it strains through what can only be described as musical trauma. Wilhelm’s Scream is even more deceptive; luring one’s ears into a swelling reverb before blowing the best soul load since D’angelo’s last album. The track peters out with Nintendo-like sounds reverberating over his admission of hopeless love. His remake of Feist’s Limit to Your Love removes her sweet delivery and instead we’re treated to a haunting refrain that I’d never thought the original contained. Give Me My Month is just short of two minutes but its fey vocals put Antony Hegarty to shame. ‘I never told her where the fear/comes from’, he croons over a simple piano. It’s the sole track without any electronic frills but it’s the most heart-breaking moment on the disc. To Care (Like You) slips on his producer’s jacket again but the comfort of the fit is evident in the seamless transitioning of all the parts. I Mind winds down slowly, replete with the typical fissures arty types use for chillwave. Then comes the gospel-influenced Measurements which appropriately is solemn yet soulful at the same time.

Blake’s minimalism is sure to put off quite a few listeners though especially as nothing here snaps as immediately as a 2010 track CMYK. But, in his defense, the showman aspect of this LP is more impressive. Even the more straight forward tracks have a gloss to them that is interesting: I Never Learnt to Share, for example, pulls out a weird techno stream towards the end that feels out of place but kookily so. Lindesfarne I doesn’t quite pull off its aim but the result of Lindesfarne II hits home.

It’s all something new but then again, any artist is unto something genius when the establishment doesn’t initially get it: Geoff Barrow’s indirect Twitter snipe at Blake earlier this year sadly proves this point. Barrow, a member of trip-hop band Portishead, seemed dismayed that BBC’s Sound of 2011 poll was heralding the rise of a ‘dubstep meets pub singer’ genre. That, ironically, is how one could describe Beth Gibbon’s vocals on any of Portishead’s albums. The only difference is that Gibbons no longer sounds like early Tori Amos on acid but now rather more like how Amos currently sounds—established, bored and only occasionally brilliant.

Blake now stands at the start of an exciting, brilliant career, one that is erasing norms and rewriting possibilities for a genre that’s in need of a shake up. This mirrors the rise of trip-hop some sixteen years ago with Portishead and Tricky. It was daring and risky back then but I’ve yet to read of Massive Attack (the godfather band of both genres) deriding either for taking the music to a different level. That is, after all the purpose of art and vision. Given the overwhelming critical praise he’s been getting so far, I hope by the time year-end lists thrust him even further into the spotlight, doubters like Barrow would have gotten the memo by then…