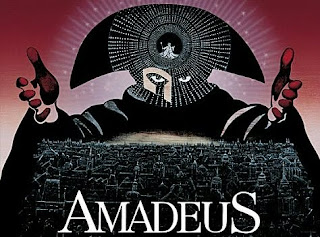 F. Murray Abraham fucking slays as Salieri...
Posted by Immortal Critic at 3:53 PM No comments: Links to this post 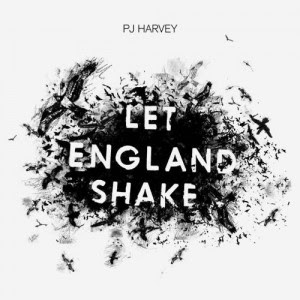 When she emerged in the early 1990s at the height of the alternative rock scene, PJ Harvey was immediately endeared to critics for the deep introspective lyrics juxtaposed to her damaged goods aesthetic. Like a Teutonic goddess from high above, she seemed to spiral through the type of blues/rock that both sexes could deify yet reflect upon long after the head-banging stopped. That dual nature of her music though has remained the apotheosis of a remarkable career that both Harvey and her fans continue to view differently. Whereas she’s always maintained a non-political stance to her music, fans have long supplanted their own issues into the mix. So, for example, Dress may have been for her a semi-autobiographical account of getting ready for a date but there isn’t a single rock historian that doesn’t view it as some hefty feminist anthem of gender inequality.

Of course, if her music wasn’t so incisive then who’d have given a damn? She’d simply be Melissa Etheridge or, Liz Phair back when she was sleeping around in her Exile in Guyville days, and we’d respect but not revere her. Try as she might though, Harvey—one third of the so-called ‘Hammer of the Goddess’—cannot escape the expectation of her work. Her last album, the morose White Chalk, signaled clearly that after two decades, her rigid self-analysis had exhausted itself. The album was the continuation of the creative-sagging process that had befallen her ever since she abandoned the blues after Is This Desire, a whopping thirteen years ago. That was the last time her ballads felt striking and relevant (i.e Angeline, A Perfect Day, Elise).

Let England Shake thankfully is a decisive step into something more historical while retaining her blues/rock past. Its focus is the psychological damage done to England during the Great War (WWI) over a blistering span of forty minutes. Indeed the bruising imagery of her vocal epiphanies makes for an immediate and startling impact. Which she will no doubt chalk up to the many months spent in research of the material. The wider impact though is the reconnection of her belief in music-making. It may have taken something as horrific as war to channel her energy upon but Let England Shake is a huge game-changing moment in her career. The album uniquely presents her observations with restrained judgment and bitterness. There is flesh jangling in dust and sweat here, tension and panic and soldiers being blasted to bits and ‘fell like chunks of meat’ (The Words that Maketh Murder).

The more she presses the imagery upon us, the more trapped within a vortex of terror she sounds. Yet, she never gets hopeless: remarking on the title-track that, ‘we’ll rise again’ defiantly even as death closes in to snatch the soldiers on the battlefield. The biting opening line doesn’t go amiss either: a jab at America’s indifference during the period (‘The West’s asleep/ let England shake/weighted down with silent dead’). Her patriotism aside, Polly Jean is also exploring the love for her homeland sounds and all the provincialism that comes along with it too. England features just her with a guitar and her torturous wails and self-confession (‘I cannot go on as I am/ withered vine/ reaching from the country/ that I love’). Bitter Branches underlines its sad tone with a pummeled guitar and Harvey repeating the line ‘wave goodbye’ in esoteric fits of brilliance. All and Everyone bangs louder yet alternates its speed with a slowed-down chorus as if to induce sheer dread.

Then there is the monumental first single, The Words that Maketh Murder. The political undertone that she’s been at pains to eschew throughout her career finally catches up to her lips when she utters the line, ‘what if I take my problems to the United Nations?’ It’s a snarky piece of viciousness and one uncharacteristic of Harvey to let fall on record but it reinforces a point of entry into any war: countries only get involved when shamed or forced to do so. In these times such a line can be heralded as threat but also as ridicule. Harvey may be revisiting WWI but the chief elements of war are timeless—death, displacement ect. It’s been nearly a hundred years since that Great War and humankind still is under threat of more wars.

Indeed, the entire Middle East is currently aflame as dictators turn upon their subjects to remain in power while all over Africa losers of elections stubbornly stay on while tribes commit genocide daily upon other tribes. We know all about the bad guys and their deeds but that is merely half the issue. Credit Polly Jean Harvey then for being the first musician to ask the good guys (The United Nations) the other half: just exactly how much longer it intends to sit on the fence before taking decisive action to quell evil…the very purpose for which it was formed.

RATING: 8/10
Posted by Immortal Critic at 9:02 AM No comments: Links to this post