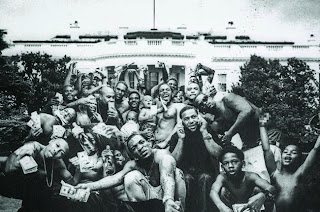 Around every decade or so, a voice rises to define music in all its glorious uncertainty and vulnerability. Remember this point ten years ago when Wolf Parade’s debut album, Apologies To The Queen Mary, positioned its lead singer Spencer Krug as the seminal voice of indie rock? His unconventional, nasal twang unleashed what The Smashing Pumpkin’s Billy Corgan had described the decade earlier as, “the resolute urgency of now”. Krug spun indie rock on its head with a type of raw tenderness both Radiohead and Interpol seemed not to want to express anymore. It also had an underlying male frustration that reached out beyond the socio-political but also the personal, behind his tremulous growl.


Such artistic prescience cannot be sustained forever, hence the Matrix-like cycle every ten years or so: indeed Krug essentially isn’t Krug anymore but merely a piano-based parody of himself and the hero in American music is now, unequivocally, hip/hop. When Kanye West resurfaced in 2010 with the masterpiece My Beautiful Dark Twisted Fantasy, this status quo was reaffirmed. But that was five years ago and as thuggish as his follow-up Yeezus was, it clearly hasn’t been as defining a moment as its predecessor.


Since then, a whole new school of hip/hop artists have sprung up post-MBDTF –names like Schoolboy Q, ASAP Rocky, Childish Gambino, Drake—but it took Kendrick Lamar in 2012 with Good Kid, M.A.A.D City, to stir the first real potential label as a defining artist. The album was a stunning rise-from-the-ghetto document that every rapper must undergo as a type of baptism before serious artistic intent attention is directed their way by critics, studio heads and, ultimately, the buying public. Since its release, Kendrick’s every move has been carefully documented, commented upon and rewarded—even after his Grammy shut-out in 2013, NARAS has towed the line with I winning two awards this year.


To Pimp A Butterfly is the best possible follow-up Kendrick could offer us at this time and if I can just reference movies for a second, this is Berandal succeeding on Redemption for all you Raid films fans. Whereas GKMC created a space to dissect a geographical space, TPAB is the inevitable boundary-smashing document that looks at what it means to be a black male in America now, peeping into bits of heart-breaking beauty and ugliness simultaneously and not giving a damn. In the process, Kendrick is referencing so many struggles while beating us relentlessly with an originality that reduces everything in his path useless: the opening lines of the brilliant Alright echoes Sofia’s (Oprah Winfrey) lament in The Colour Purple (‘alls my life I has to fight, nigga…’) over a jazzy web of resentment and misogyny ( ‘what you want/ a house or a car/ 40 acres and a mule/ a piano, a guitar/ anything, my name is Lucy, I’m your dog…’). Indeed, the entire second verse rapped by Lamar is the closest thing any rapper has ever come to beat poetry on record: it’s that on point with its rage and hideousness.


The album’s main focus though is cultural relations between races and sexes, very similar to the theme of black socialization Erykah Badu touched on with New Amerykah: Part One (4th World War), the only difference being she was waxing lyrical before Obama became president and Kendrick, seven years later, poignantly showing us that even with a black man in the White House, not a lot has changed where he’s from (note the sharp retort ‘what it do?’ line aimed at Obama in Hood Politics). But if Lamar shows disappointment with the status quo, he also turns the fire inwards: to how blacks treat each other: the lack of sympathy on How Much A Dollar Cost runs parallel to him not even recognizing Christ when they meet in the street, only to find spiritual joy mere minutes later on the live version of the self-affirming I. The free-loading mentality gets a toxic shakedown on King Kunta, a track that slyly posits sexual politics with phallic power (‘bitch where you when I was walkin’?/ life ain’t nothing but a fat vagina…’) while The Blacker The Berry is the obvious reference to the upheaval and hurt blacks still feel at police brutality post Trayvon Martin and Ferguson ( ‘sometimes I get off watchin’ you die in vain/ its such a shame/ they may call me crazy/ but homie you made me/ black don’t crack, my nigga…’).


And that’s what makes To Pimp A Butterfly such a great album: amid the maelstrom of superlative production and lyricism, Lamar keeps everything dead honest and vulnerable. And unabashedly black. What else could explain U, a desperate cry for redemption, the type of ideal Kanye tried to grasp for on Yeezus but failed to hold on to. Kendrick opens it up with a growl then repeats a single line, ‘loving you is complicated’ before tearing into a diatribe-laced verse of self-hate before morphing into a Spanish couplet then morphing into being drunk on resentment. It’s a damning verse, one where the role of manhood (father, brother, homie, role model) get castigated for its collective failure to lift the black community. 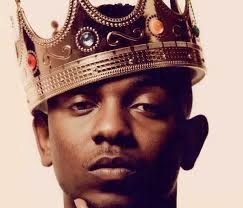 That manhood conundrum —so brazenly depicted on the iconic album cover-- has Kendrick tapping into so much vitriol at this point of his career that it’s hard to know when the resentment stops and the indifference takes over. Not even the reverence to what came before him holds him back: witness his “interview” with Tupac on Mortal Man and the sampling of greats of soul, past and current, who have all clearly influenced this album. Even modern-day masterpieces by Badu, D’angelo and Outkast come readily to mind when one imagines the playlist he must have been listening to when planning the album. It is a co-dependent relationship acknowledged, one he expertly masters time and time again on To Pimp A Butterfly, never skipping the truism emanating from the state of America’s constantly charged stance to the black male. Yes, to quote his contemporary Lupe Fiasco from a song this year, hate is eventually-accelerating terror but is there any defining voice out there digesting it in bytes for us to truly understand? We now know the answer: Kendrick, that’s who, boo boo.


Posted by Immortal Critic at 7:20 AM No comments: Links to this post