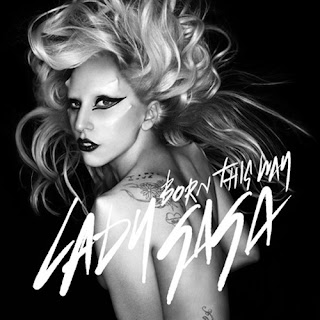 In the famous Erica Jong novel we are introduced to Isadora, a woman in her twenties, on a quest to figure out just exactly where her life is headed and what it’s currently all about. While these existential issues come to gnaw at each adult eventually, we take for granted sometimes the precociousness involved on an individual level. The search for identity gets highlighted so often in pop music ; indeed it has helped spawned some of the greatest musical icons, but the one thing they’ve all needed was time to experiment with their growth and vision.

Unlike Isadora, the character here, Lady Gaga (birth name Stefani Joanne Angelina Germanotta) is urban and adept at the gritty realities of the contemporary America she calls home. She is also the most eminent pop musician around, a point recently reinforced by Forbes placing her atop its most powerful celebrities list, even ahead of Oprah. Her fan-count on the social networking sites (Facebook, Twitter) are unrivalled and her Alexander McQueen-inspired Bad Romance music video has half a billion hits on Youtube. Even here in Jamaica, her impact is massive with only Vybz Kartel and Rihanna’s every move being watched and tweeted more. With her sophomore album, Born This Way, Lady Gaga makes a bold attempt to chronicle the journey that has brought her to exalted heights and make her followers—cutely called ‘little monsters’--proud.

For all of her mainstream success though she’s yet to deliver a masterpiece in spite of having the luxury of time. Sure, we all loved Poker Face and Paparazzi but who hasn’t wondered whether Miss Germanotta was nothing more than a singles-driven oddity dressed in stunning fashion? Her disposable pop twined with shock value lyrics have been cute but they have limited her scope for growth. But, even a casual listen to I Like it Rough, an obscure track from The Fame, proves that buried beneath her plastic image lays a calculating pop diva. The song’s deep swathe of new wave beats bang out to an impressive techno component that demands attention. As a concept it was very high-stakes and followed in the Madonna principle: that of making pop music in great taste but also that tastes great.

Born This Way is not concerned with taste but volume and the sheer sound of it. The tame opener aside, the first couple tracks bring considerable amount of 80s arena-rock noise sculptured with synths and electronic programming. In a nutshell, this works relentlessly well. The anthem title track has been rebuked by purists as being a shameless plug at Madonna’s Express Yourself but it just points out the age difference between her core fans: half being old enough to remember that song, the other half not even being born way back then. Government Hooker, a yummy hot mess, is even better, replete with bad dialogue and an operatic aria morphing into a luscious groove.

Like M.I.A, Gaga’s strength lies in the belief that she can stitch loose ends into a magical, coherent idea. When she pulls out all the grand theatrics then it works in a lovely, filthy pop manner that Madonna used to pull off in her sleep. Judas, without its ridiculous video, is her manifesto…note the hysteria executed in the breath-taking chorus, the flawless construction spinning out of control. Americano, a track that should fail outright, doesn’t as Gaga reinvents spaghetti-pop with pseudo-lesbian references and funny Hispanic pronunciations. Schibe, worded mostly in German, echoes early 90s techno with an excellent Madonna-aping bridge (‘when I’m on a mission/ I rebuke my condition/ if you’re a strong woman/ you don’t need permission’).

Just when you’re ready to sacrifice your soul to her though, Gaga switches to Mother Monster mode and the references turn stoic and conformist. Her stories start to lose interest once the dreary Bloody Mary starts the second half. No doubt Mary Magdalene serves as the obscure focus but the voices echoing around sound contrived and Gaga sounds jaded beyond belief. Bad Kids is better; sounding like a cross between Grace Jones and early Madonna but the cop-out lyrics (I’m a bad kid/ like my mom and dad/ made me…’) eventually torpedoes any chance it has of morphing into something really fierce. Heavy Metal Lover and Highway Unicorn are just lazy, pointless tracks geared for gay clubs but Grimes already covered that market way better with Vanessa this very month so these songs feel like disco for beginners instead. It doesn’t help that Gaga trying to relive some wacky 80s bad-hair vibe is downright puzzling. Edge of Glory sounds eerily like Cher’s Song for the Lonely, with only the jazzy textures towards the end making any real distinction between the two. Electric Chapel features a strong new wave riff, the type that Kylie Minogue would kill for but it’s not sustainable. It’s an interesting concept but at the three minute mark it’s evident that she doesn’t know exactly what to do with it. It’s as if all the looking back and within cannot connect to a future or present: when it’s time to fly away from memories, Gaga can’t sprout wings strong or quickly enough.

This is an oddly-contrived position Gaga has found herself in though, one that psychoanalyzes her raison d’être as it goes along sans the mirth we’ve already been exposed too. The biggest mistake Born This Way makes thus is to keep her vision stuck in that very past from which she was wary to get away from. The back-tracking was always going to be inevitable but the album’s bottom-half gets so stuck in its fear of flying that the fierce statement of the first seven tracks get all but lost. Her focus on the past remains amorphous and, judging by the album cover of her being some sort of half-drag queen, half motorcycle, makes one wonder when will she finally let it go and rock unto her future. This leave us, steadfast critics, in quite the impatient bind because we want to love her just as much as you do but, damn--to paraphrase a Joanna Newsom line from last year-- ‘how long’s it gonna take?’