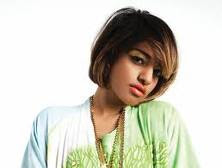 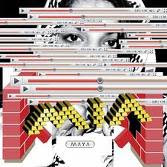 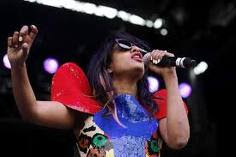 Beyond the now infamous spat with New York Times writer Lynn Hirschberg and the decision by Youtube to ban the video for Born Free, here we are still grappling with M.I.A’s third album just under a month of its release. Her career is at a compelling stage now; that of global provocateur and pop icon assaulting the problematic American terrain after the surprise hit of Paper Planes. The two halves of her persona though are so strongly entrenched that it is with much suspicion that MAYA has been greeted with. The pro-M.I.A faction has resisted it so far because for the first time they’ve started to suspect that the music isn’t what’s foremost on her mind. Any perception of M.I.A’s intentions must state that but it also doesn’t help that MAYA is coming off the back of Kala, a landmark album that saw her usurp Bjork as the leading proponent of pop music while bringing the world into recording studios and Western consciousness.


First up is the brief yet paranoid The Message where M.I.A outlines the connection between Google to an all-intrusive government. It sets the pace for what is a jittery yet enthralling ride. Steppin’ Up is a harsh, industrial-hip/hop rant that throws out the swagger immediately (‘I light up like a genie/ and I blow up on this song’). The album standout Teqkilla runs six minutes and it crashes up against a wall of baille funk, ganga references and alcoholism. It is one creative mindf_ck of an experience, the likes of which she’s never done before. Lovealot rides a stunning ruckus bag rhythm while racking up controversial mileage. When she croons, ‘like Obama needs to love up Chen’, the jarring beats can’t drown out the geopolitical statement but damned if it doesn’t try hard to. Meds and Feds steals the Sleigh Bells single Treats away to inject much needed attitude over the one line, ‘I just give a damn’ for what seems like an eternity but it never gets boring. Tell Me Why pairs electronic beats with chorale music to take a swipe at her critics (I’ve been coming up for a while/ on your radar/ and I know I made it/ just by counting up my haters’). It Iz What It Iz, a seamless cross between blues and pop, warmly reveals the woman behind the music and her struggles. Her vocals here find a range between contrition and sexiness, a combination that I’m not sure even she thought possible but it’s a stunning result… the slinky type of stuff I imagine Aaliyah would be doing were she still alive. Born Free brilliantly takes punk band Suicide’s Ghost Rider apart for her own use to finally give it a weighty rethink after Romain Gavras’ disturbing music video robbed it of any previous relevance.


The album is seriously flawed at points however; something previous M.I.A work was not. This isn’t fatal for most artists but for what M.I.A represents, it’s the stumbling block we’ve dreaded ever since she landed in the American mainstream. For each exciting layer of noise and context sculpted we also notice some lazy-sounding experiments that just don’t gel. Story to be Told sets up an intriguing premise but her vocals stay within a timid refrain so long that the incredible beat is wasted. It Takes a Muscle---destined to be a huge karaoke hit no doubt—takes a decent enough stab at reggae but there’s nothing interesting really going on lyrically. Where MAYA really loses edge though is its final two tracks. XXXO remix is the type of slick, commercial fare that’d be a perfect summer hit for someone else. Jay-Z intercutting with a phoned-in verse only reinforces the cynical panic that M.I.A is changing for the worst. This is within your own perception to judge though because, frankly, it is a fantastic pop song once you’re willing to trust her machinations. Space is three minutes of bland repetition that feels a bit too smug in its production. It’s a waste of collaborative effort and, well, we expect much more from M.I.A three albums in.


Though I believe some critics have gone too far in lambasting the album, I contend that it is to sharply rap the apparent hasty production and not to see her fall into an abyss. Counter-reviews have started to pop up to reinforce two points. The first—which I’ll credit to cokemachineglow’s Calum Marsh—is that while M.I.A’s quest for superstardom in America is ill-timed, the innovation and quality of her music hasn’t eroded to the point of whoring into the money-making Billboard market. The second point, accredited to Nas, is that she is the sound of the future of pop. Whereas her previous work established her on a highly successful personal level, here she is now gathering a mighty colony of producers (Rusko), an independent label (N.E.E.T) and influencing lo-fi/pop music that has dominated the year (Sleigh Bells, Wavves,).

In the process M.I.A has altered contemporary music yet again without caring where the displacement falls. It’s the inevitable move to wean fans off the expected and substituting it for something newer that’ll likely take years to appreciate in value. That’s the kind of risk-taking that makes M.I.A still the most vital yet flawed musician around. MAYA panders too much to expected fame, is an imperfect blueprint, rails too hard to be noticed and bloats on its own excess...all traits that are uniquely American. All M.I.A has done is captured these elements, jotted them down and delivered a Sandburg-esque ode to a country she must surely love and hate in equal measure. Indeed, that is the uncompromising sentiment that hovers around this record. Hate her now but it’s also worth asking that if this is her ‘worst’ album then how comes it’s still ten times more interesting than anything her counterparts can produce even at their best?