The big question Shad is trying to pose to his listeners is “What are you afraid of?” By embracing fear, rechanneling its inherent negative energy, and celebrating humanity in spite of it, “The Fool Pt. 1 (Get It Got It Good)” projects an unreserved joy and fearlessness to speak the truth. Shad’s timely return to music is a welcome respite in these dark times chock-full of bad news and negativity. Near the beginning of his comeback single, Shad emphatically states “Damn, it feels good to be back.” Given the positivity of The Fool’s message and urgency of the music, it’s hard not to agree. (DOMINIONATED) 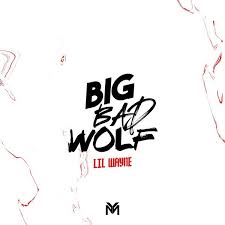 it’s been a while since he’s put down such monster verses, almost putting him out of breath. 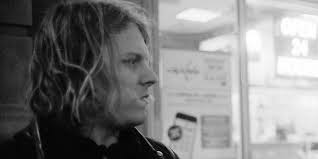 musicians are always tinkering with versions of their songs but the obsessive Segall pulls forthn funk from this third iteration of a track we’ve had time and time before and it’s a cracker. 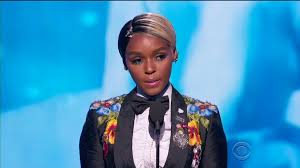 the closing-arc of her current album, Monae sends out one defining critique of the way women continue to be marginalized. 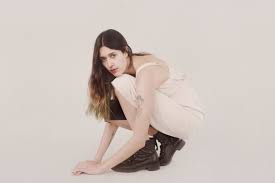 As she often does, Plunkett builds up from a foundation of spry synthetic sounds: throbbing bass synth and a tittering drum machine anchor “Keep It Out.” Her featherweight voice, layered over top, is transfixing. Often, Plunkett’s words seem to catch in her throat, but the restraint of her delivery doesn’t erase its luster. Rather, the effect is like that of daylight filtered through stained glass—somewhat muted, but transformed into vivid colors. (PITCHFORK) 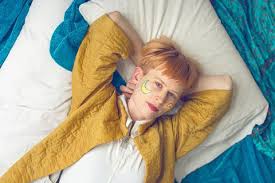 A muted drum track cues Hval to deliver her glittering opening line, “You are your own disco ball.” Though she flirts obliquely with ideas about death and what comes after (far be it from Hval to let us forget our mortality), she does so in the tranquil tone of a lover laying out plans for next weekend. “You will not be awake for long,” she promises an unnamed partner. “We’ll meet in the smallest great unknown.” Hval builds gorgeous and full-bodied layers around this assurance, banishing any lingering darkness—her soft, ethereal scatting banters with an ambling saxophone riff, and slivers of synth and brass shine through a haze of backing vocal tracks. (PITCHFORK) 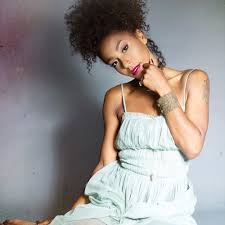 perfectly blends soul with a declaration of self-worth. 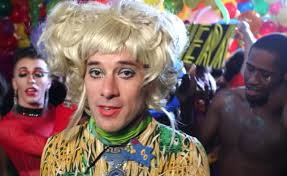 touching on themes of identity, disillusionment, and paranoia that Barnes has spoken about with regards to his lyrical inspiration for the new album. The inherent cultural tension over the past year has pushed Barnes to explore his anxieties about society and these worries are examined in his frayed vocal throughout the song. The funky disco synth contrasts the narrative direction of the track, offering an optimism amidst the anxiety, and despite a meandering structure, "Paranoiac Intervals/Body Dysmorphia" holds a clear sense of identity throughout. (BAEBLEMUSIC) 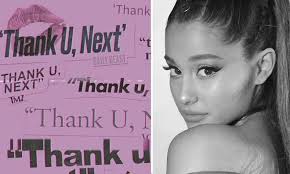 If there’s a song that defines a summer of tabloids, it’s Ariana Grande’s “thank u, next.” The pop star has had a rough few years, which culminated in the doomed whirlwind romance with Pete Davidson and the tragic death of her ex-boyfriend Mac Miller. After the gossip sites went nuts with her sudden engagement to Davidson after a few weeks of dating in June, the relationship became the biggest entertainment news story of the summer. But, as abruptly as it started, the engagement was called off in mid-October about a month after Miller’s death. While Grande kept to herself after the break-up, Davidson used it as comedy material at appearances and on Saturday Night Live. In response, Grande released this empowering break-up anthem, which is at once a mature response to the tabloid drama and an affirmation of her own strength. (ESQUIRE) 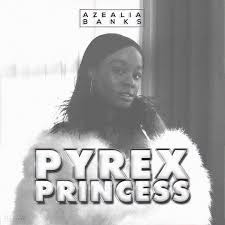 created amid her usual set of controversies but she’s found something vivid and new again. 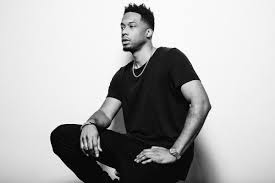 when simplicity creates a big result. 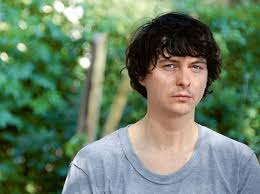 while his AC bandmates continue to struggle to find tempo, Lennox goes solo on a quiet EP and pulls out a winner. 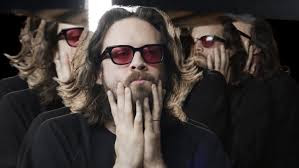 Narratively, it’s yet another of Father John Misty’s semi-ironic tales. The verses are sung from the perspective of a hotel employee inquiring about Mr. Tillman’s rather eccentric behavior: leaving a mattress out in the rain, accusing other clientele of being movie extras. In the harmony-drenched chorus, Tillman blithely insists he’s fine, singing, “Don’t be alarmed, this is just my vibe.” Funnily enough, the characters we end up wanting to know most about on “Mr. Tillman,” like the clerk and a slyly name-checked Jason Isbell, aren’t “Mr. Tillman.”(PITCHFORK) 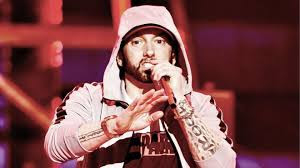 it’s a mid-life crisis moment but Em goes out swinging. 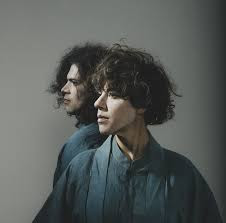 The best reconciliation of think-piece and pop comes on “Hammer,” whose alluring bass and gang-sung refrains frame a poem about “living in a dream while the whole world cries.” (THEATLANTIC) 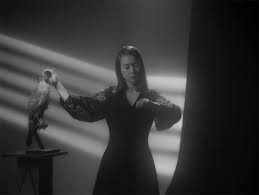 rides tremendous emotional crests that translate to fantastic emo-pop music that questions itself as it entertains. 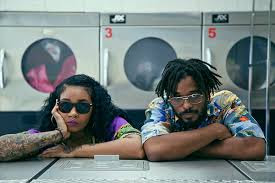 mostly Quelle spitting out tight verses but the aura of Jean is never far away. 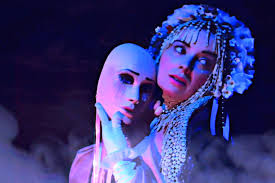 turns a story of quotidian male cluelessness into a religious allegory, asking how a heaven controlled by men could ever be safe. (PITCHFORK) 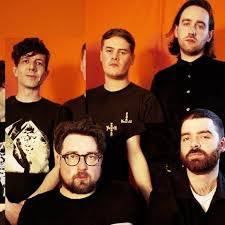 Posted by Immortal Critic at 10:52 AM No comments: Links to this post