A stunning year for the album, especially for deeply personal issues thrust out there. Here are the ten best... 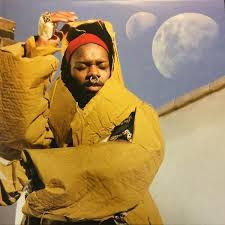 LGBT artists have been putting out striking personal documents for the better part of the decade but perhaps none more daring that Soil, a stunning debut from Josiah Wise that seems to be putting a enchanting spell on his beloved. Every track tackles a different perspective to his lover that coming out and joining him into this new gay light is what’s best…and we listen throughout awaiting a reply. 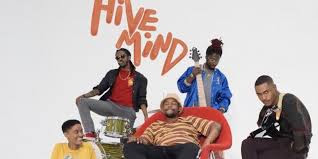 The Internet’s main bag has long been trying to keep a foot in so many genres that the genres themselves become useless. Here they still dip into smooth R&B, as in “Stay the Night,” and funky dance tracks like “Roll (Burbank Funk)” and bossa nova like “La Di Da,” but it all serves their greater, unified sound. Hive Mind is the full realization of what the Internet has been reaching for since their inception: They have finally become a genre unto themselves. (PITCHFORK) 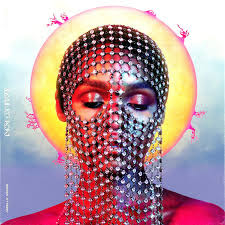 For Janelle Monáe, a queer black woman, to exist is to be political. Dirty Computer is an exploration of and homage to that politicization, and as the year has progressed, the need for it has only become more apparent. ICE is keeping brown and black children in cages, the NRA continues to arm the most dangerous community (white men), and the Department of Health and Human Services is attempting to erase transgender individuals with oppressive and factually inaccurate language. Monáe’s fourth studio album is the musical embodiment of our responses to all of this. (COMPLEX) 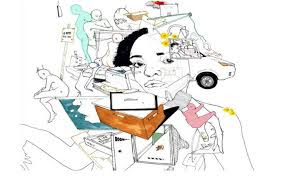 By the sound of Room 25, Chicago spitter Noname has spent her time since 2016’s Telefone crafting a project that low-key feels like her Voodoo. Her wicked pen found a way to build upon the foundation of Telefone, diving headfirst into hypnotic live instrumentation with introspective, unapologetic lyrics. She might not have gotten D’Angelo in the flesh on “Don’t Forget About Me,” but she definitely channeled his spirit, bringing a neo-Soulquarian vibe in the best way. In other places, especially “Blaxploitation,” Noname sifts through the lines on her pad to find the route to racial identity in a nation that shits on practically anything black. Other standouts on the album are the Ravyn Lenae-featuring “Montego Bae,” and “Ace,” featuring Saba and Smino. But, truth be told, Room 25 sounds best when it’s just Noname and the funky rhythms she selected, with her spirit chock-full of hilarity and humility. (COMPLEX) 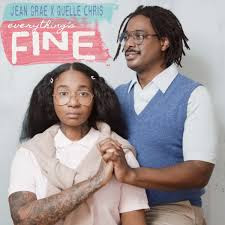 sometimes there’s nothing like a labour of love because Everything’s Fine brings two partners—who are formidable on their own—together for the tightest, freshest rap for the year. 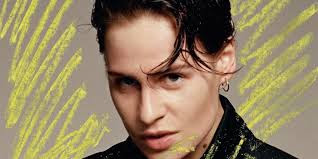 6. Christine and the Queens Chris:

On her second album, Christine and the Queens’ Hélöise Letissier invents a new persona—the tough, in-your-face androgyne Chris—to challenge and question the things male rock stars get away with. Over sinuous new wave funk, Chris sings about paying for sex (“5 dollars”) aggressively pursuing pleasure (“Damn [what must a woman do]”), and shrugging off commitment (“girlfriend”)—the kinds of things that would be seen as “masculine” if you believed in that concept. “Some of us just had to fight/For even being looked at right,” Chris sings on “5 dollars,” summing up the way it feels when the world expects you to behave a certain way, but you just can’t play by their rules. And in 2018, that was a whole lot of us. (PITCHFORK) 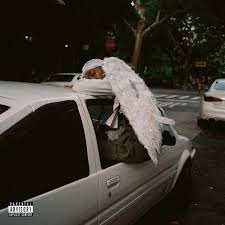 Devonté Hynes is always on time. The multi-instrumentalist, producer, singer/songwriter consistently finds ways to synthesize the feelings and emotions of the moment to create something wholly original that manages to expertly comment on the goings-on of those who are a part of his generation. On his fourth album under the Blood Orange moniker, Hynes sets out to tackle black depression, the effects of his tumultuous upbringing, and the struggle of marginalized people merely existing the way they please. The songs reflect that and the times. Trans activist Janet Mock helps open the album on the contemplative “Orlando.” Diddy talks about hope returning and being brave enough to love on the smooth “Hope.” Like other Blood Orange albums, the music sounds like a perfected fusion of black pop music from the past and present. Negro Swan plays as the soundtrack for a time when black stars—and non-famous black folks—are working to carve out room to exist in the way that doesn’t deplete them. It’s right on time. (COMPLEX) 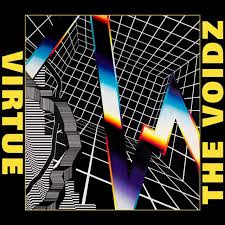 completely forgotten by critics who have been quick to pronounce the death of rock but Virtue absolutely rocks everything down to the ground while having fun in the process. Casablancas has, at last, found the niche space between poking fun and delivering the goods. 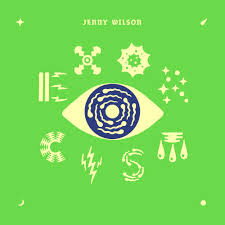 an album about rape could be very stoic but Wilson decides not to sacrifice her unique brand of humour or funk. And we’re all better for it. 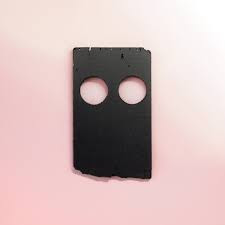 Digitally deconstructed with producer BJ Burton, the record’s electronic noise attempts to strangle the human voice. Static prevails and flickering tones are almost untraceable to the instruments that made them. As austere as Double Negative gets, the mournful harmonies of Mimi Parker and Alan Sparhawk keep it from ever seeming impenetrable. “It’s not the end, just the end of hope,” Sparhawk murmurs into the maelstrom. Call them slowcore if you must, but this is also pretty hardcore. (PITCHFORK)

Posted by Immortal Critic at 4:14 PM No comments: Links to this post 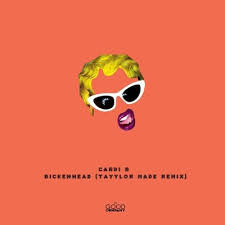 takes a sample from Project Pat’s “Chickenhead” and runs away as the “step your pussy up” song of the year. 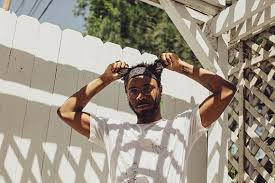 hailed for a while now as the leading proponent of the fusion of experimental and mainstream rap and here he makes his case breathlessly. 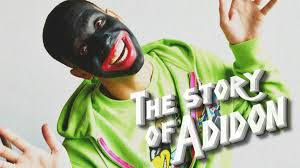 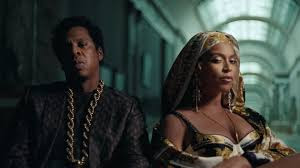 The Carters are pop music. On “Apeshit,” Beyoncé and Jay-Z analyze cultural institutions that fail to include black artists. The video places black dancers and the Carters in front of white artwork in the Louvre in Paris. They call out the Grammys, which invite black artists for ratings at the ceremony but don’t reward these musicians with actual trophies. As a combined force, the Carters are an establishment of their own, one that’s capable of challenging the likes of the NFL and the Recording Academy. (ESQUIRE) 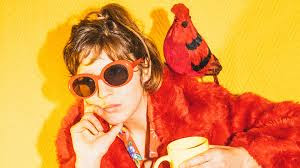 as she continues to burrow down into pop/rock, Rose wisely hasn’t sacrificed lyricism that tells her sly tales. “Animal” is bloodlust sex to its core (two bodies moving in sync/ I turn it over and over/ like an animal…) but here’s the twist: it’s the sex that got away from the ex she’s still obsessing over. 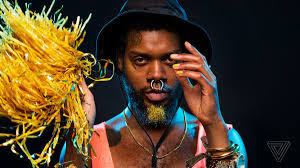 not a lot of artists working within the urban pop or R&B scene can claim to be doing something unique but even a quick listen to any track from serpentwithfeet’s (Josiah Wise) album will attest to his unique brilliance. “Messy” is fragile, tender yet almost antithetical to its intent of love. Or maybe I should say defiant in its queer look at love bordering on rejection. 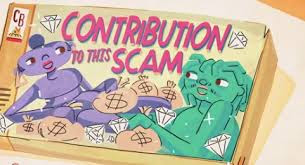 7. My Contribution To This Scam (Quelle Chris & Jean Grae):

the corporate world is like a vampire sucking the life-force out of the many cogs in a wheel aka you, us, me, everyone who gets up each morning to make that money. Fine, that much is clear but Quelle and Jean expand that concept to include being American into this “scam”, the later even dishes her exclusiveness in rants lest you forget, “I gave you nine minute school girl rants/ Jill Palance/ epic Eastern manifestos…” before bitterly turning her aim to Youtubers. 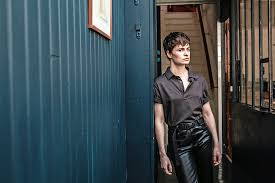 8. Damn (What Must A Woman Do) (Christine and the Queens):

in the year when Cardi B told women to basically step their pussies up, Heloise Letissier took the more modest approach to tell men to step their dick game up, exasperated how little attention is paid to women getting their rocks off…even going as far as to ask if they gotta pay for some good dick. 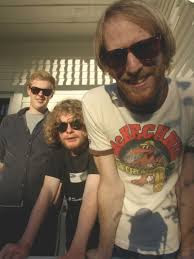 as nervy and on edge as the subject matter of being on point every milli-second of existence. 10. Next Time/Humble Pie (The Internet):

Syd takes us on a stunning look, two-fold, of making a move to a love interest and how that can unfold, all the time giving us the best track Aaliyah never will get to record. 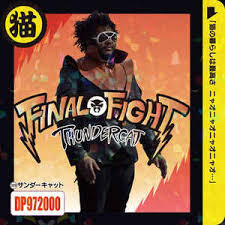 his contribution to the 2018 Adult Swim Singles but this glides so effortlessly that I wonder if he had second thoughts about keeping it for his next album. The heavy synths are heavenly on the ears. 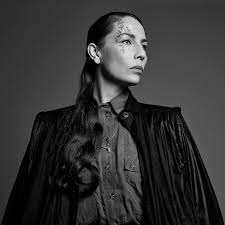 there’s hardly a female working in pop currently braver than Wilson. Health issues aside, she’s decided to open up about her experiences with abuse and “Lo’ Hi’” chillingly describes how she was stalked to be raped. Juxtaposed to deeply effective house beat, Wilson lays it all out bare and you dare not flinch or look away. 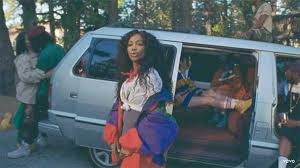 slinky call to arms when that pesky ex just won’t let go of your name. 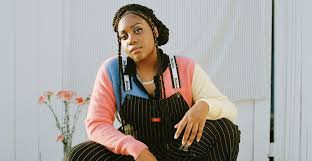 a stunning rebuke turned inward towards the black community and how what we see influences how we act (‘eating Chick-Fil-A in the shadows/ that taste like hypocrite…’) and, sadly, how we’ve accepted it all. Oh, and there’s a Hillary Clinton swipe so fast that if you blink you miss it. 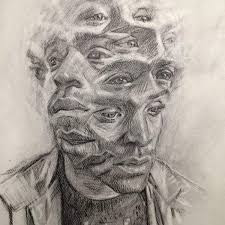 another driving force in the underground rap scene---“Gush” crackles like Busta Rhymes on speed X4 and throw in 90’s Bjork weirdness and you get a masterpiece. 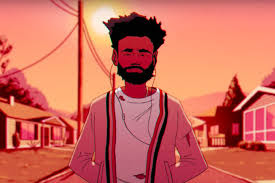 seemingly overshadowed by “This Is America” but it’s here that Gambino has unearthed new territory in a genre that he has constantly tried to reinvent. Guess what? It’s working. 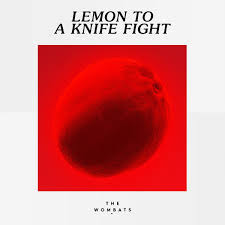 and they keep saying that rock is dead.

Julian Casablancas absolutely loses himself in this psychedelic pow-wow and we’re all here for it. 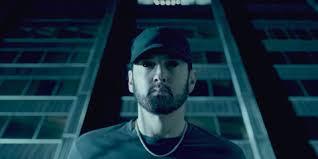 backed by an uncredited Bon Iver, Eminem sounds prepared to prove why he is his own GOAT, creating a new trough to the rap game. 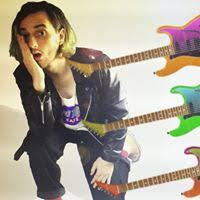 singing about the sins of the father while breaking in new Beck-like funk grooves.

Posted by Immortal Critic at 11:10 AM No comments: Links to this post