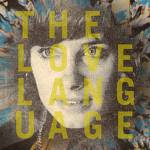 So now that the mainstream awards circuit has been kicking up, you're left wondering if the likes of Lady Gaga were the extent of new names that cropped up this year. Thankfully, that's not the case. Here are seven (7) names that shook this year with their creativity, devastating grooves and assorted projects.


FrYars: it’s been quite the year for Ben Garrett and though he may not have surfaced on the mainstream his debut Dark Young Hearts proves that his brainy electro/pop model will breakthrough soon.


Shingai Shoniwa (lead singer of Noisettes): her vocal similarity to Amy Winehouse is uncanny although she is black.


Martha Tilson/ Eska Mtungwazi: both women have stepped into Zero 7 as replacement for the departing Sia and one suspects given their immense individual talent that they too will embark upon solo careers.


Polly Scattergood: with her darkly-lit lyrics and mousy vocal work juxtaposing a sense of certain uncertainty, Scattergood has constructed the best Tori Amos-esque album of the year.


Stu McLamb (lead singer of The Love Language): though his band sojourns under the indie pop banner, McLamb drenches more than abstract ideas here; he’s living them obsessively in the entire recording process.


Micha Levi (lead singer of Micachu): responsible for the year’s sturdiest pastiche examination…and that lovely voice could charm anyone.


The Sandwitches: a new project by Heidi Alexander and Grace Cooper that runs the gamut from alternative to country all the while channeling Stevie Nicks.
Posted by Immortal Critic at 1:48 PM No comments: Links to this post