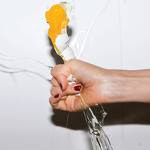 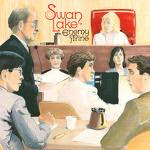 Here is the second part of my list...stay tuned for the top 10 once it gets published in The Sunday Observer (Bookends).

Not all triumvirates can rule the underground like these guys (Krug, Dan Bejar and Carey Mercer) but the success of Enemy Mine seems settled on one firm principle: not getting in each other’s way. It’s a unique album because all three get tracks to work out their original ideas with the backing from the other two. It all works well but Krug’s Paper Lace soars under his obsessive detail on youth. I guess that’s the bragging rights he’ll jibe the others on the rare occasions they’re not making such magic.

19: Solliloquists of Sound
No More Heroes

No More Heroes may not be The Score but this trio may get there one day once their beats cuts harder and Alexandrah gets an ill conscience. Sadly, lazy comparisons to the Black Eyed Peas have surfaced but whereas that mainstream act never scratches above a puerile level, Solliloquists have actual art on their mind. Heroes is the high-level they can attain when verging beats to spoken word. It works nicely but one suspects once the anger levels rise then woe unto us.

Ranging from translucent psych-pop to pummeling garage-rock, the five-track EP proves how assured Bradford Cox’s band has become with their material. Here is a band now seconded firmly with the material they’re making patents with apparently.

The first three tracks on Hardships! alone virtually guarantee Wilson her retainer fee however. The Path sounds like a cross between retro white pop and early-Bjork, thus making it one of the best songs the year has revealed so far. Like a Fading Rainbow is a pas de deux that she alone inhabits. Along with Clattering Hooves she sounds eerily similar to Camille’s animated expressions on Music Hole last year. On the shrilly Pass Me the Salt and Only Here for One Night, she recalls the playful vibe of Cansei de Ser Sexy and Roisin Murphy, which speaks volumes for her given that Wilson’s voice never registers as aggressively. Hardships! establishes itself as a moderately progressive opus due to the smooth juxtaposition of the electronic beats and associative rhythms.

Jewellery is the sounds of everyday; a typewriter, a vacuum-cleaner or just pots and pans being juxtaposed to Levi’s clear-eyed observances and hip/hop beats. Mica’s breakthrough though is in forming associative and human rhythms that one can hum to and appreciate as a new exploration of art.

Stefon Alexander’s juxtaposition of punk rock and hip/hop may be a bit starchy on the first half but the second half of swaggering hip/hop flow redeems which is more than one can state for others in this field. Too many artists think merely slapping on a rock beat to rap is substantial but Alexander is carving out a niche here that Linkin Park will never be ever to reach no matter how many Jay Z remixes come their way.

14: Brother Ali
The Truth is out There EP

A collection of B-sides and outtakes, The Truth is Here shows the ease of which Ali can assemble his lounge-jazz. His personal issues give credence to his conscience flow but Ali is spreading the word admirably and deliberately, never minding for a minute the lures of being less on point and more vacuous.

The fourth studio album of the French lads blissfully juxtaposes electronic synths and shards of pop feedback. One track segues smoothly into the next, moving one’s feet in blissful harmony.

The band’s lo-fi/folk approach to music has yielded some interesting stuff, with its electronic claps and heady vocal work.

Karen O rocks but you know that already however credit the band for unearthing new ways of presenting music that appeals to both mainstream and underground. There are outstanding crunchers (Heads will Roll, Dull Life) and ballads (Hysteric, Soft Shock). O channels Chrissie Hynde in the sheer pace of her intent and style but she is more than a clone, she is at the forefront of a new wave reinvention that will rule eventually.
Posted by Immortal Critic at 4:14 AM 2 comments: Links to this post