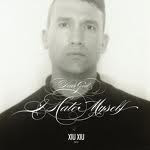 Lion in a Coma

Though his name isn’t familiar outside of indie, Jaime Stewart has spent the past decade as the main persona of the experimental-pop rock band Xiu Xiu (pronounced zhoo zhoo) and as a ringleader for the emo-rock movement. In many ways, he is the movement’s poet laureate and it takes its cues from his dark lyricism and subject palette. Of course, no movement can be held in sway by one person for too long and if Dear God, I Hate Myself is any indicator of Xiu Xiu’s future direction then Stewart’s reign is slowly coming to and end.
But, first we have to summarize what the band has achieved: Xiu Xiu’s music has remained totally uncompromising since their debut ten years ago. Stewart’s angst-ridden, queer lyrics craftily continue to expose a wounded psyche and combined with terrific pop beats it creates the type of music that only they seem capable of anymore.

Maybe then it is that weight of continuity that makes Dear God, I Hate Myself miss its own sardonic point. That of course is the point of being mired deliciously in self-depreciation. Instead, the lovely opening track (Gray Death) aside, it sounds more like a decade’s worth of album rejects and B side recordings that somehow never got completed. Coming off the cool-- yet not heavy critical embrace of-- Women as Lovers (2008) one felt the band was finally full circle. Everything was poised for a breakthrough.

It has not materialized however. I could give many different theories for this but the only one that sticks is Stewart’s great disappointment that no one really seemed to ‘get’ his last album. Thus, this new one isn’t titled as a personal reference but as a professional one. It is smattered with cynicism and unnecessary levels of morose insights. Instead of Stewart using his disappointment with determination he struggles for consistency throughout (for example, Chocolate Makes you Happy starts with riveting promise then tapers off way too easily). This is not with the album’s professed self-loathing but rather his dogged meandering. His interpretation of pop as a main tool of expression has always been fantastically abstract yet somewhat held back. Therefore, his whimsical lyrics have always played around the twin evils of abuse and unrequited desire but the last half of Dear God, I Hate Myself really drags because there’s no gay complexity or subtext present, just empty, boring space.

Which is a great indictment I know, but one that must be acknowledged before the band runs the risk of self-parody. Stewart remains-- amid this falling off--fascinating: his ticking time-bomb vocals still utter breathy non sequitors but the idealism of queer indie music keeps evolving whereas his has not. These kids now have FrYars and Patrick Wolf for affirmation so there is no further need for Stewart’s apparent resistance to change or adaptability to newer thematic ideas. How he got stuck in this holding pattern is not clear but it’s not as if the structural style of Xiu Xiu’s music has diverged greatly since their debut. Even their acclaimed Fabulous Muscles (2004) was very choppy despite having a much sharper personal focus.

Maybe what Stewart hasn’t realized yet is the extent of his collective’s development. Dear God, I Hate Myself never allows its production to subvert things beyond the point of recognition or his total control. So, both Impossible Feeling and This Too Shall Pass Away shut down well before lifting off into unchartered territory. That phrase, unchartered territory, is vital because Xiu Xiu is all Jaime Stewart, all the time so we’re not sure what their true capability lies outside of his doomed poetry. If Women as Lovers was the culmination of dark envy maybe it’s time for a second-party exploration or a break from the minimalistic sound they’ve used exclusively since The Air Force (2006). Lord knows we’ve marveled at his genius (The Leash, from the aforementioned Women as Lovers, is a terrifying piece of psycho-sexual brilliance) but now we’ve borne witness to this impasse. Not quite a step back but here is Stewart dawdling at the fork in the road, unsure where to next with us urging him from the sidelines to get on with it already and stop being such a pussy.