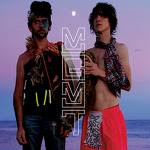 Well, it's that time of year where NARAS decides to self-congratulate itself for supposedly producing good music. Never mind the fact that album sales are down and dismal. NARAS has yet to realise that music as we've known it is about to change drastically. This decade may be closing but it's been the most defining for independent music ever. The rise of music blogs and zines like Pitchformedia and innovations like YouTube and Bandstocks now mean that big label distribution isno longer the only way for recorded music to get out there. The Grammys still function as a mainstream event but the indie shadow is closing in. Even that other behemoth of recorded music, Billboard, is now considering downloads as a means pf tracking sing popularity. NARAS continues to pigeon-hole critically acclaimed acts into the one category (best alternative album) as a means of alienating them from everything else. I've long berated the nomination process for Grammys but there must be additional categories as well for balance.

As for the nomins themselves, Beyonce, Taylor Swift and U2 are set to grab the most nominations, especially in the major fields. I have done some analysis as well so check back after December 2nd prime time nomination show to see how I did and, as always, feel free to comment.

Record of the Year: usually awarded to the biggest selling, most visible songs on Billboard so there can be no doubt here. Animal Collective’s My Girls has been touted but not even the millions of hits it got on youtube can compare to the full mainstream onslaught on show here.

Album of the Year: fairly straight-forward to predict as U2 will always get nominated. Beyonce and Swift had huge selling albums. Toussaint has the older vote locked given the nature of his jazz ensemble. Greenday have become respected members of NARAS and I expect they will edge out Kanye West (808s & Heartbreak) though it could break either way. Kanye has been nominated in this category for his previous albums but given his tirades recently this will be a gauge of his popularity. One can’t discount Bruce Springsteen and Bob Dylan but I’ve noticed a recent reluctance by NARAS to shower them in major categories of late. I’m not sure if Lady Gaga will supplant anyone here especially as she can be honored in minor categories. Of course, if year-end lists were influential then recent work by Phoenix, Grizzly Bear, Yeah Yeah Yeah and Animal Collective would be here.

Song of the Year: pretty solid picks as this usually goes hand in hand with ‘record of the year’. As powerful as Patrick Wolf’s The Bachelor was though I can’t see him getting a nod. Kelly Clarkson is a possibility as well.

Best New Artist: the hip/hop artist Drake has been floated around but that’s only if he was on the first ballot sheet which, by my count, he wasn’t. I could be wrong so his name gets included. Lady Gaga is not eligible and I’m not sure if Keri Hilson is either. This category is always tricky to predict because it also takes into consideration artists who are not necessarily new. Visibility in the mainstream helps which, alas, doesn’t help a few names like FrYars and Mica Levi (Micachu) even though they are deserving acts.

Best Alternative Album of the Year: while we wait for NARAS to just create a set of categories dedicated to indie music, this remains the coolest one because it does reward critics’ favorites. Radiohead won last year so you get my point.

the indie-rock darlings have been moving from strength to strength and here is their greatest effort. ()
Posted by Immortal Critic at 4:42 AM No comments: Links to this post

it took five years for D’angelo’s sophomore to emerge and now with all the details we’ve become privy to one realises why it has not been followed-up as yet. From the stunning Untitled (How Does it Feel) to the sweet refrain of Chicken Grease, this body of work proves that he really has no equal. ()
Posted by Immortal Critic at 4:41 AM No comments: Links to this post

if his debut a year earlier had been the PG-13 introduction them Eminem would shock America with this stunning sophomore effort. Kill You is a rap fantasy about torturing his mother in a spiel worthy of Freud. Nonetheless, the quality of his rhymes and lyrical flow is undeniable: critics couldn’t get enough nor could the millions of teens who ate it all up making him an icon in the process. But underneath the excess and hype lies some brilliant tracks (The Way I Am, Drug Ballad, The Real Slim Shady, ect). ()
Posted by Immortal Critic at 4:40 AM No comments: Links to this post 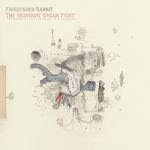 no matter how much music one consumes, there’s bound to be a band that gets overlooked year-end time. I totally missed this gem last year but here I make amends because this Scottish trio know how to melt the cold away with their indie pop brand. ()
Posted by Immortal Critic at 4:39 AM No comments: Links to this post

the third album by the super-group features fierce drumming by David Grohl and the concept of a long drive through the American Midwest. ()
Posted by Immortal Critic at 4:28 AM No comments: Links to this post

having achieved all that he wanted to before, Jay now was intent on making statements and The Black Album was a sequential comparison to other mega-stars in popular culture. There was the braggadocio of Dirt off your Shoulder and the devilish rap of Lucifer, produced by Kanye West. This would signify Jay’s approach to hip/hop this decade: a pop-driven mash-up that produces stuff like 99 Problems, a track that had critics wetting their pants. This was, after-all, to be his final body of work before retiring and any producer that was hot game at the time produced something off it, from Timbaland to The Neptunes. The aim of this approach was no doubt to garner diversity but Jay is perhaps the only rapper currently thriving who has such juice naturally. As proved by My First Song, he needs no one to get down to basic rap and have it bouncing off the walls. A stunning album full of highs even though Justify My Thug should never have made it past the edit stage. ()
Posted by Immortal Critic at 5:56 AM No comments: Links to this post

the most immediate thing about the album is the tender layers scaffolding tracks like Casimir Pulaski Day and the stately Come On! Feel the Illinoise. Other tracks like Decatur…name-drop famous Americans throughout what would continue his ambitious quest to represent every state in song. Of course, Stevens flourishes elsewhere Jacksonville is a luscious number replete with swirling guitars and faux vocals. Even when criticizing his subject material (John Wayne Gacy, Jr) Sufjan never comes across as preachy.
Posted by Immortal Critic at 5:51 AM No comments: Links to this post 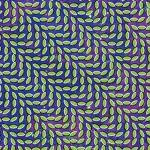 The Only Bones that Show (Baby Dee): the rasping, guttural longing of a man transfigured by pain.

While You Wait for the Others (Grizzly Bear): a sickly-sweet psychedelic wonder.

The Sloganeer: Paradise (Meshell NdegeOcello): Fantastic jazz imprint. NdegeOcello continues to merge her expanded sense of melody with her forceful lyrical input and such a result is gorgeous as well as groovy.

Kidz Are So Small (Deerhoof): a blissful collage of Bjork-like childish admissions that work in an off-beat, simplistic manner. Witness how Satomi’s vocals concede ground to the bare essentials driving the tune and one realizes how nuanced her work has become.

Almost Crimes (Broken Social Scene): a lovely, electro-dance mash-up of strife and tension.
Posted by Immortal Critic at 5:41 AM No comments: Links to this post

Pass this On (The Knife): lovely gender-bender tale of unrequited love. ()


The Leash (Xiu Xiu): The male-to-female sexual transgression in popular music has no greater lyricist than Jamie Stewart and The Leash is a brilliant stab at the resentment festered on both sides of this obsession. It is unreservedly queer--not in the way that Antony Hegary is--but Stewart can frame tunes that both sexes can recognize their foibles in. History is replete with men rejecting fellow men as lovers, denying that part of themselves that readily is seen as weakness. Stewart frames The Leash from the view of the forlorn lover who is at one hurt yet understanding. 'God had made your sweetheart wrong/ born to suffer/born only to die', he croons in one couplet. Yet there is urgency to resolve too; the track ends with, 'but you cannot deny me as a woman/ oh ensign/ I was your woman'. Disturbing yet morbidly fascinating. ()


Lie Down Here and Be My Girl (Nick Cave and the Bad Seeds): funky bad-ass tale as commandment. ()


1 Thing (Amerie): not quite the revolutionary after-all but read hot steam nonetheless. ()
Posted by Immortal Critic at 3:15 AM No comments: Links to this post

Murphy’s first solo effort continued collaboration with Matthew Herbert to great success. A track like Ramalama (Bang Bang) proved the maturity Murphy had morphed into after her Moloko days. ()
Posted by Immortal Critic at 3:05 AM No comments: Links to this post

rock’s grumpy rebel delivers redemption in style.
Posted by Immortal Critic at 2:24 AM No comments: Links to this post

a grand, sweeping marriage of sunny Beach Boys sounds and persistent 21st-century freak/folk, Strawberry Jam is more ambitious than their previous work (high praise indeed). The electronic beats hinge on Tare’s lovelorn vocals but not once does he omit the sheer dazzling pleasure of sound. This is the listening experience that Animal Collective has come to represent best. Peacebone is the first blast of cool magic, imagining itself as a fantastic link between reality and the line of dreams. The album summons its craft through meticulous arrangements of its makers, Panda Bear, Tare, Geologist and Deakin. #1 suffuses a phalanx of creepy vocals with angelic harmoniesin a sublime blend. Cuckoo, Cuckoo is the uber experiment, drumming along with its harsh insistency.
Posted by Immortal Critic at 2:22 AM No comments: Links to this post

a stunningly blazing debut.
Posted by Immortal Critic at 2:21 AM No comments: Links to this post

Britain’s antithesis of hip/hop passes from Tricky to this kid with some serious flow
Posted by Immortal Critic at 2:15 AM No comments: Links to this post