Here at last is the final section--closing out the year in style: 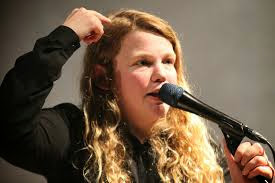 beams you right to the bar of an insufferably fashionable east London club, where a velour-clad video director holds court and “everyone here has a hyphenated second name/Blowing more breeze like the wind at a weathervane”. There, a girl called Becky falls into conversation with Harry, a reluctant drug dealer who’s overindulged at the free bar and splurges everything about his miserable life. The music shifts and mutates in line with Tempest’s unfolding narrative; as strobe lights flash, the synths warp and flicker. Harry falls for Becky, but Becky leaves with her mates, and they laugh about it in the cab: “I know he was one of those save-me types/And I couldn’t be dealing with that, not tonight”. And so, a story creaks into life. Tempest writes complex and believable characters, each one carrying their problems like a lead weight hung inside their heart. (NME) 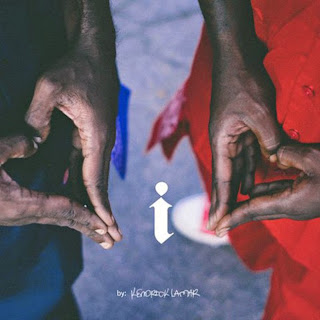 the idea that this was jumping a shark or aimed toward a specific demographic feels dismissive. The charm of I isn’t in its message; it’s in its weirdness — from the video to the obvious Isley Brothers sample. Within that weirdness lies potential. This could be the start of a transformation for hip-hop’s young prince who’s been saying he’s on a mission — a serious one. But within that cloud of mystery lies a now-ness — that screaming a pledge to yourself is the only means to wish away the throes of the world. (Consequence Of Sound) 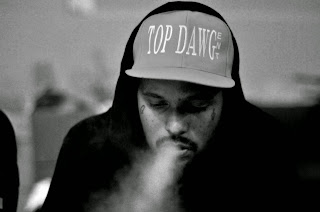 Hankering for a new Neptunes-produced Clipse track? Los Awesome, produced by Pharrell, is probably the closest one can get for a while, with the virtuosic violence and elastic beat." "Liable to drive-by on a summer day/July 4th will be in June," sneers ScHoolboy on the bridge, a line that's eerily similar to the scope of Pusha T and Malice's Chinese New Year. (Billboard) 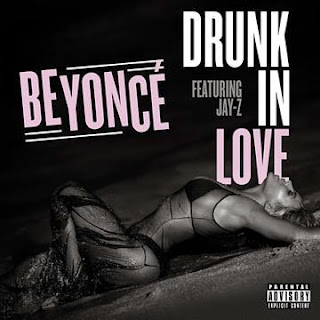 though it has put surfboard forever in our minds, Drunk In Love remains firstly an ode to heterosexual love and commitment. Then after you gloss over that fact, check the lyrics for the smutty yet delicious truth—this is love in urban America 21st century style. 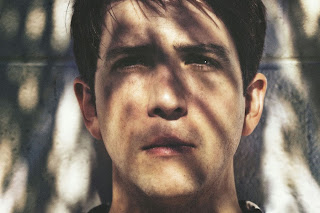 a bombastic acid-jungle meltdown with these gorgeous little string-bends peeping out at the intro. As the track builds, these tiny gestures become incorporated with the bassline, which in turn takes the motif in numerous different directions. (The Quietus) 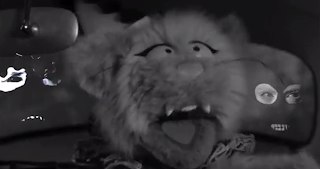 The jangly, sauntering cut still retains some of Portner's trademarks from his work in Animal Collective and by his lonesome—a distinct sense of murkiness, stray sound effects that sound as if they were ripped from a funhouse ride—but the melody is pleasingly straightforward, a glammy earworm reminiscent of fellow Los Angeles denizen and cosmic brethren Ariel Pink. (Pitchfork) 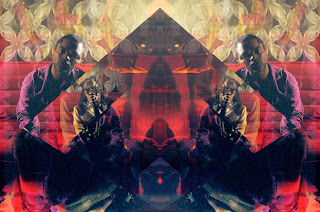 creates a miniature galaxy over the space of four short minutes. You can practically hear the twinkling of the stars echoing in the vacuum of space — and that’s before Palaceer Lazaro jumps in with some oblique lyrics that place racial struggles on a cosmic scale. (Treble)


8. White’s Not My Color This Evening (Cherry Glazerr): 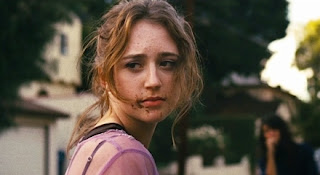 very much influenced by grunge, punk and riot grrrl, with plenty of guitars that fizz and hiss their way through, and vocals that sometimes sing beautifully tunefully and then turn coarser and more psychotic. The spooky laugh is a particular highlight. This description may have you thinking of The Cramps, and perhaps that influence is part of the make up of this song as well. It's definitely carrying the torch for the dark and depraved alt-rock bands out there into a new generation. (The Sound Of Confusion) 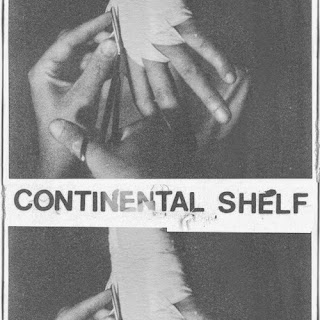 Reborn from the remnants of Women, Viet Cong announced their self-titled debut album with a brutal slab of nihilistic post-punk. "When all is said and done, you'll be around until you're gone," declares Matt Flegel as the song kicks into life, and things don’t get much more cheery from then onwards. Just press play and let those drums crash along your ears canals like tectonic plates ratcheting through the Richter scale. (Treble) 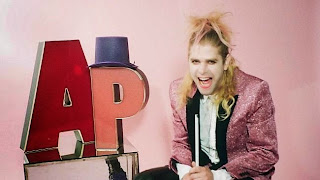 ever the mysterious eccentric, Pink shifted to all out commentary this year. While it has caused controversy—picking on Grimes to call her “silly”, his music has cut even harder to the bone. Not Enough Violence buries its intent in 80s synths but when he yells, “penetration time tonight”, you know the girl that has been denying him sex will have to put out today or face his lurid wickedness. 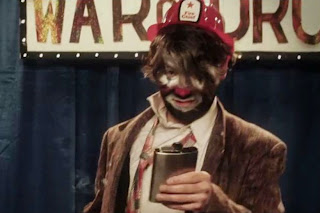 from the get-go, Red Eyes sounds like a song that echoed from your dad’s radio as he drove you to school as a kid. It’s the song you cranked up to drown out your parents arguing in the next room, the one playing when you first felt a tongue touch yours. The chorus isn’t words; it’s the riffs and the sound your mouth makes as it tries to vocalize them. It’s instantly recognizable, an entry point, an open door into an album that ambles and rollicks, the arena-ready single among so many slow burns and cerebral digressions. (Consequence Of Sound) 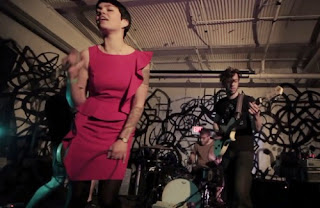 Meredith Graves’ voice bunches and strains against the pound of the drums, the whine of electronics, that rough, steely guitar. One second she’s murmuring quick syllables under her breath, and the next she’s exclaiming stuff like “death comes last to the party!” She never lets the rhythms around her box her in. She lands words like uppercuts: “I eat stress, and I shit blood/ Buddy, I’ll tell you, it never gets better.” She has been lied to her whole life and on “Driver”, she finally gets to strike back. (Consequence Of Sound) 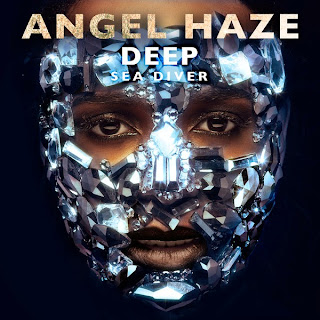 though its massive pop hook gets heads moving, the song itself is a sad tale of a love that has passed—and that’s what so great about Haze; her ability to sculpt hard and soft into one malleable product. 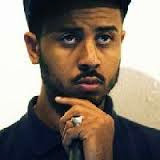 a slice of hook-heavy pie, African-American style. Blu chronicles a failed romance and the resulting source of resentment. It’s not just a reason why the love failed to hold him and his woman together, but the daily grind mess behind the scenes. 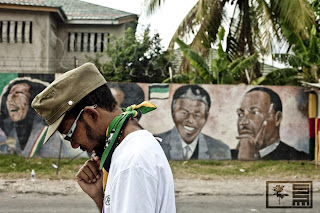 The production is done by DJ Crooks, and from the instant you hit play, you will be nodding your head like there's no tomorrow. The beat is insane and it features a Caribbean/Reggae sound. Five's flow is funky, and raw—an up-tempo and energetic instant hit is sure to make everyone's day. (TheUCalbum) 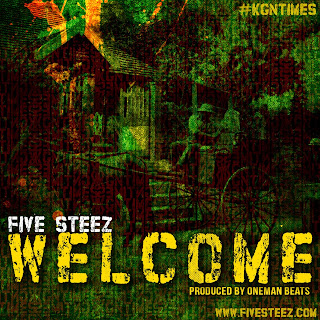 just a breezy intro to his world but as usual, the production is impeccable and the lyrics bite hard about the system that grinds everything in Kingston...a sorta ode to the capital we call home and all its glory/shenanigans. 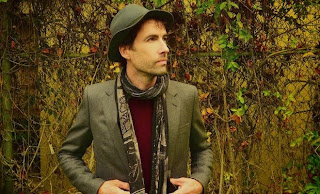 that Andrew Bird is a musical prodigy is not in doubt, but who knew he could pick up that guitar and craft something so folksy yet totally human. 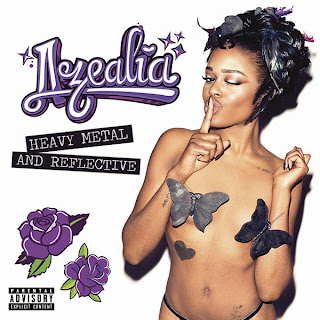 up to the time of its release, we were starting to get weary of Azealia’s incoming album. It’s as if she sensed it and dropped this gem—a traveler’s passport stamped with various name and pop culture checks but that filthy pop groove and her weird “I’m in every city/ they say hello/ to the head bitch” real talk keeps the love burning. 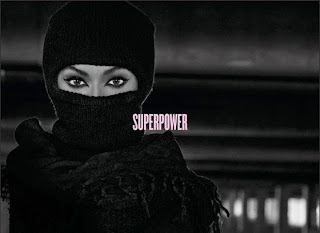 Pharrell and Frank Ocean helped to co-craft Superpower, a pensive, slow-strutting contemplation about, the (super)power of love set against soft strings and a gentle doo-wop melody in the background. It’s all about the experience of understanding your true potential in a relationship. “The laws of the world never stopped us once,” Bey sings, “’cause together we got plenty of superpower.” Given that she’s part of one of the world’s most famous power couples, it’s hard to disagree. (Muumuse) 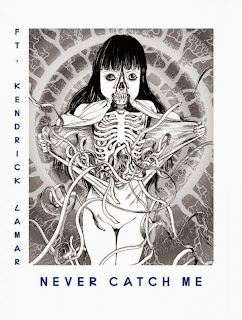 a super charged sprint to the subway, a fight to the top and a launch to the stars above. It is relentless and it never lets up; It’s hard to legitimately keep up with a song name like that. The instrumentals imply a live jazz setting and we are wowed all the same. Then there’s Kendrick Lamar’s umpteenth piece of evidence that he is one of the best rappers of our time, as he tackles both speed and wordplay as if it was as effortless as brushing his teeth. (Live In Limbo)
Posted by Immortal Critic at 1:01 PM No comments: Links to this post